The Crown Bridges joint venture has signed the contract: the construction of Kruunuvuorensilta, the longest bridge in Finland, will begin in October 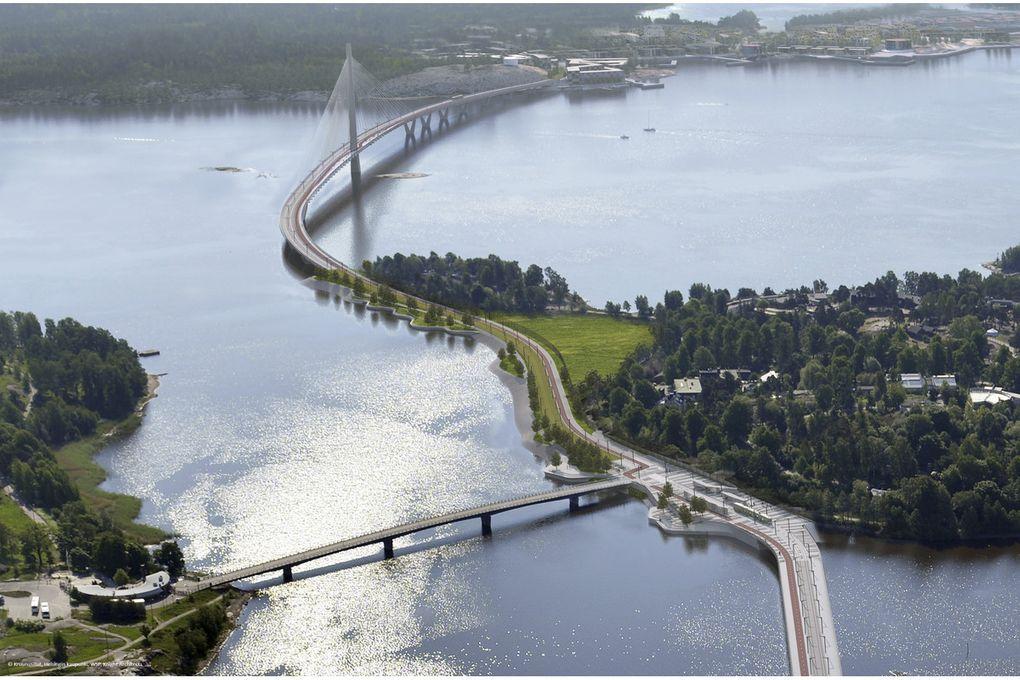 The Crown Bridges joint venture formed by Kreate and YIT has signed a contract with the City of Helsinki regarding the Crown Bridges project. The contract comprises the construction of Kruunuvuorensilta bridge between Kruunuvuorenranta and Korkeasaari, the Finkensilta bridge between Korkeasaari and Nihti as well as some preliminary construction work at Korkeasaari. The total value of the project, which will be executed over the course of several years, is approximately EUR 126 million. Of this, Kreate’s share of approximately EUR 63 million will be recorded in the Q3 order backlog.

The Kruunuvuorensilta bridge will be an impressive structure built exclusively for public transport as well as pedestrian and bicycle traffic, which is very uncommon even globally.

– As a bridge, Kruunuvuorensilta is exceptional, and so are the technical competence requirements. At 1,200 metres, this will be the longest bridge in Finland – as well as being the longest-spanning and highest – and, therefore, experience in demanding construction projects will certainly be needed. The centre pylon will reach a height of 135 metres, and it will feature a 20-metre clearance, explains Sami Rantala, Vice President, Bridge Construction and Repair at Kreate.

The Crown Bridges project is guided by the high technical requirements as well as the environmental values, which have played a key role already in the planning stage. The completed environmental assessments will have a strong impact on the execution and scheduling of the work, among other things.

– For example, dredging will be carried out in the winter and with booms so that turbid water will not spread outside the site or disturb migratory fish during spawning or the nesting of birds. Overall, we will strive to complete all the work while causing minimal disturbance. However, the sound of pile driving travels far in the sea, which cannot be avoided, says Jari Humalajoki, project manager of the Crown Bridges joint venture contract.

The Crown Bridges joint venture will begin work at the project site in mid-October by establishing a worksite. The first actual work stages include starting the in-water construction and the building of temporary bridges for both bridge projects.

– We have combined the top expertise of both companies and will start executing this exciting project through good collaboration. This is in every way a unique project in Finland, Humalajoki adds.

The project is scheduled to be completed in 2025.