Kreate’s delivery for the “T2 Infra” project comprises various types of infrastructure construction. In addition to the foundation construction for the Terminal 2 area, the contract includes bridge and foundation structures for related buildings, excavations for the Ring Rail Line connection and a railway bridge for pedestrian and bicycle traffic, street structure modifications and a new deck for parking and pickup and drop-off traffic.

The challenge comes from the individual demanding work stages, the management of massive material flows and the large scale of the project, where multiple stages are executed simultaneously in the same area by various parties. The construction is made more challenging by the high number of people in the Helsinki Airport area, with some 15 million travellers a year passing by and through the worksite. Ensuring smooth traffic and the satisfaction of people is a priority in the project.

The demanding T2 Infra is a good example of a project where we utilise the diverse competence of our different units in order to deliver high-quality results. In T2 Infra, we are utilising our solid expertise in rock engineering and foundation, concrete, bridge and transport infrastructure construction.

The execution stage started in July 2019, and it is part of the contract on the infrastructure section that Kreate Oy signed in November 2018 with SRV, which forms the T2 Alliance with Finavia Corporation, ALA Architects Ltd, Arkkitehtitoimisto HKP Oy and Ramboll Finland Ltd. 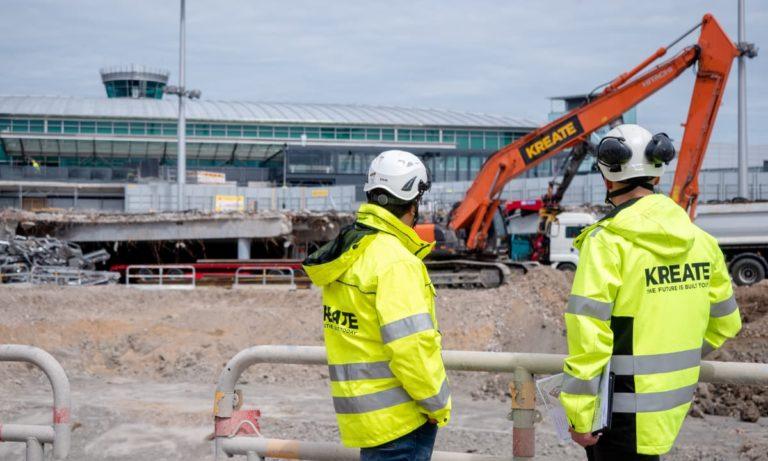 Kreate has signed an agreement for the development stage of the alliance contract for the Kirjalansalmi and Hessundinsalmi bridges, one of the most demanding bridge projects in Finland

The Finnish Transport Infrastructure Agency and Kreate have signed the development stage alliance agreement for the Highway 180 Kirjalansalmi and Hessundinsalmi bridge renovation project, which will be one of the…