Kreate is building a two-hectare deck above a railway as a project management contract. The execution requires strong special expertise in foundation construction, concrete structures and engineering structure. With this project, the utilisation of building information modelling is key.

The main contractor of the Tampere Deck and Arena project is SRV, which ordered the execution of the southern deck from Kreate Oy as a project management contract. The project focuses on building a deck spanning approximately two hectares above a railway, which will then create a strong foundation for accommodation, work and entertainment. The top of the deck will feature tall residential buildings and a multi-purpose arena. The arena will serve as a venue for various culture and sporting events, including ice hockey games for the 2022 World Championship.

The project is developed by SRV, and SRV is the main contractor that will deliver the structures above the deck. Kreate’s contract includes the site preparation, foundation and construction of the Tampere Deck as well as the construction of the related street infrastructure and municipal engineering. The Tampere Deck is located right at the heart of the city at a traffic node. The busiest railway in Finland must be kept in operation throughout the project, and all the work is tightly scheduled. It is essential to ensure the safety of and provide access routes to everyone who uses or passes through the railway station.

The contract involves building a concrete-structure deck above a rail yard at the southern end of the area. The extensive project also includes excavations, bracing and foundation work related to the Kansleri overpass and civil defence shelters, and a separate contract for building the “Sorin parkki” parking facility. Kreate will also deliver the substructures for the related residential buildings up until the top level of the deck, the foundations for stairwells and a water reservoir for the sprinkler system.

These structures comprise some 16,000 m of drill piling, transport infrastructure including streets; water and sanitation; sewers, neighbourhood construction and the demolition of the current structures, among other things. Kreate is responsible for planning and implementing traffic arrangements at the site, project management and design guidance. Kreate’s customer is SRV, and Kreate will have completed its contract in early 2020. 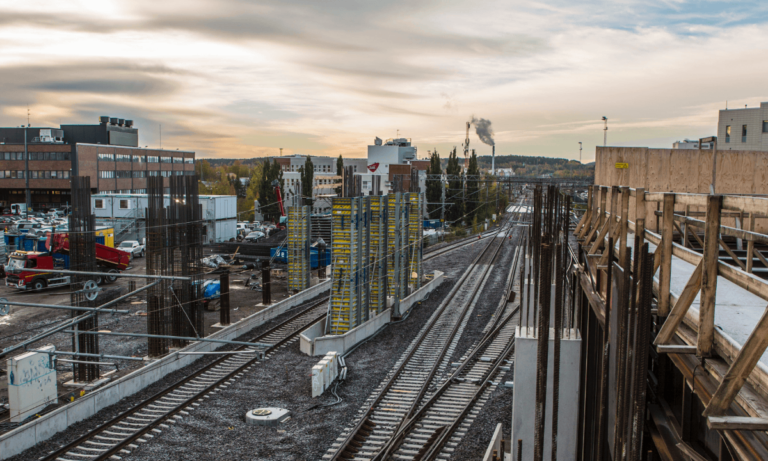 Kreate has signed an agreement for the development stage of the alliance contract for the Kirjalansalmi and Hessundinsalmi bridges, one of the most demanding bridge projects in Finland

The Finnish Transport Infrastructure Agency and Kreate have signed the development stage alliance agreement for the Highway 180 Kirjalansalmi and Hessundinsalmi bridge renovation project, which will be one of the…

KFS Finland Oy, which is equally owned by Kreate Group Plc and the global Keller Group plc, announced on 8 September 2021 that it has signed an agreement concerning the…

The Crown Bridges joint venture has signed the contract: the construction of Kruunuvuorensilta, the longest bridge in Finland, will begin in October